The most curious car lift in the world

Nowadays, it is quite common to find, in addition to escalators, elevating platforms for vehicles. There are different types of curious platforms that allow, not only to move a car, but all kinds of heavy and bulky loads. Most of these curious car lifts are located within large parking centers that stand out, in addition to their size, because they have the latest technology. 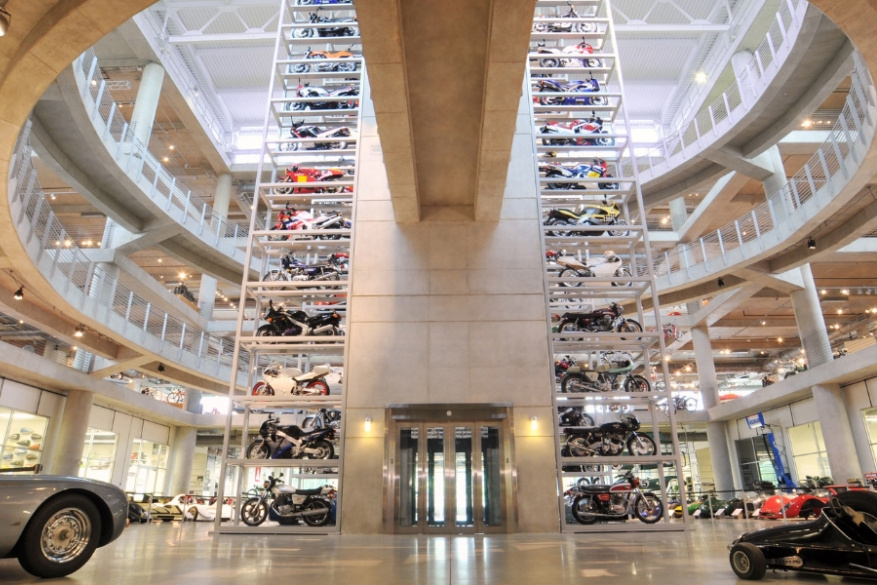 Where are the most curious car lifts located?

To begin with, we will talk about one of the most curious car lifts in the world, located in the Autostadt Towers (Wolfsburg, Germany), is a parking lot owned by Volkswagen that consists of two huge towers of about 60 meters high, with can accommodate up to a Toal of 400 cars. Ad if it were a showcase, when the cars are finished, a car lift located in the center of the structures raises them to the desired height.

Another of the most curious car lifts is located in Dubai, and is know as the Robot Park. It is the first robotic parking where automatic elevators are used, capable of park your car in 15 seconds, it only has capacity for 14 cars because it is a test. In the future, they expect to house up to 500 cars inside.

In our country we can also find a robotic parking lot of considerable extension, located in Madrid. With a capacity for 320 vehicles, it is almost forty meters deep. This parking also requires special car lifts, which are used to raise and lower the vehicles through the different heights of the building, where they are placed one on top of the other vertically.

The Hikarie building, located in Japan, also stands out for having a state-of-the-art automated and robotized parking system. By means of car lift systems, the vehicle is parked instantly. Similar to the one found in the Autostadt towers in Germany, but somewhat smaller.

One of the most particular among this type of parking is not for cars, but for bicycle, and it is located in Holland. The city of Utrech hosts the largest bicycle parking in the world, with has 12,500 spaces and thanks to its interior lanes you can park the bike yourself or take a special car lift that leaves your bike at different heights.

And finally, among the most curious car lifts we find the Barber Vintage Motorsport Museum located in Alabama. It is a parking museum of Georges Barber, who after his time as a pilot devoted himself to collecting and restoring motorcycles and cars. Distributed in vertical structures, the elevators used have a fundamental role for this atypical museum.

History of the car lifts

According to history, the first elevators arose in order to raise and lower goods and objects that were too heavy for one person to hold. For this purpose they started using cranes. But in the mid-17th century the first elevator was created that could carry both goods and people, and so the model evolved into a specific type of elevator, transporting large tonnages such as a car or any other type of heavy goods.

In today's society, cities ares saturated by the number of cars. Therefore, it is increasingly difficult to find parking on the. streets and it becomes mission impossible depending on the metropolitan area or the population in which we live.

This is a new trend that, although still uncommon, is on the rise in more and more cities. Creating vertical spaces where vehicles can be parked by means of lifts, which allow them to be stacked at different heights.

Other fun facts about car lifts are these:

·      The largest warehouse using a forklift is in the United States, at the Boeing Everett factory.

·      The most common thing about these car lifts is that they are used and operated by hydraulic pressure.

The best car lifts on the markets

This brief tour through the different parts of the world where we find some of the most curious car lifts, shows us the importance of these lifts in the industry and their evident evolution subject to the needs of products and users.

In Hidral we design and manufacture all types of elevators for different sectors, and we adapt to the characteristics and preferences of each project, offering the highest quality and the best guarantee to our customers.

Enter our website and see ell the models of car lifts we have, as well as other types of elevators.